World of Warfare is a massively multiplayer online role-playing game (MMORPG), which was first launched in 2004. At some point, almost everyone of us would have faced the issue of Error WOW51900319. Therefore, you must read this guide to solve it. Blizzard Entertainment develops and publishes the game. The game offers different environments for its users, like PVE (Player versus Environment), PVP (Player versus Player), RP, and RP-PVP, so that they can choose to play in the type, where they find more fun, challenge and, excitement. It has seven major expansion packs:

It has been facing the WOW51900319 error more frequently than ever, since the launch of the ‘Legion’. This Error Code means merely that the user has been disconnected from the servers of World of Warcraft. Reasons for users facing these issues can be increased network latency requirements from Blizzard, users doing Alt + Tab in between the game to do some other work or increased graphics per frame.

Whatever the motive may be, hither is a list of solutions that can be used to get rid of this issue and continue having fun playing in the World of Azeroth.

FPS (Frames per second) is the pace at which the successive images, known as frames, display on the user’s screen.

A lot of users facing the WOW51900319 Error Code have tried resetting the FPS, and it has worked for them. For setting the FPS to 30, follow the instructions given below:

This issue is generally caused due to increased graphics over each frame, as the internet connection is not capable to follow up with the servers and hence it leads to network getting disconnected.

Due to the tightening of network latency requirements of Blizzard, users can face this issue. While using a connection via a Modem, fluctuations caused in the network can lead to this issue. Using the Ethernet Cable will minimize the possibility of occurrence of this error due to increased stability and better speed, than what would one get via a wireless connection.

Clearing the DNS will remove all the entries, leading to the removal of corrupted files as well and will most probably solve the issue.

Battle.net is a one-stop Blizzard shop for purchase of digital games, in-game items and much more. Sometimes, logging out and again logging in to it resets the user’s account, and fixes any technical issues that the user is facing. Thus, this method can also solve the WOW51900319 Error.

For resetting the user interface, these steps need to be followed:

This method should be followed only if all the other methods have been employed, and you are still not able to fix WOW51900319 Error. Therefore, you need to follow the below steps:

Data will be retrieved; to the extent it was saved. This method has the risk of loss of data, so the user needs to employ caution while using this method.

Anyone of the methods above all can employ to fix WOW51900319 Error Code, whichever works for you. If you are however not capable to get through the issue, you can try contacting Blizzard, by logging in to your Battle.net record and raising a support ticket. They might be in a position to provide additional help.

Blizzard Entertainment has always provided its users with the most adventurous video games that it could, and World of Warcraft was again such an addition to its portfolio. With millions of users universal, it’s one of the several popular games across the World, with billions in revenue as well.

I’m an engineer by profession and blogger by passion. In madly love with technology. When I am not reading novels, I am cooking or listening to Jay Shetty’s podcasts. 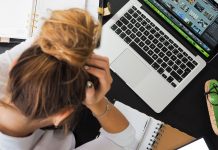 The Application Was Unable to Start Correctly (0xc000007b)

We at ErrorCheck believe that every problem has a solution. You just have to find a way to fix it. And that's exactly where we come in. Fix Errors of your system easily with our cool guides.
Contact us: [email protected]